First, a memorial: No. 134 now resides beneath a layer of paint. An interesting thing about the protractors: when a wall gets painted, they are the only tag that remains.

I walked to Polish Hill Arts Festival on Sunday and got sidetracked by a run of fresh white protractors in the mid-200s. I also found another ghost: No 242. That guy didn’t last long. Sources say it appeared only in the past few weeks. Now it belongs to the ages.

Coming home, I found a pristine Kermit-green filing cabinet on the sidewalk in front of my apartment and after some hypothesizing among friends I became convinced that it was a gift from the Grand Protractor his-or-herself, perhaps filled with protractors.

It was empty, though, merely waiting for trash day.

Corey and Ross separately found No. 144 on the road to the Polish Hill pool. I found No. 146 beyond it and kept heading down to the Strip, hoping close the gap to No. 155.

Tomorrow: The protractors cross the Mon.

For now, the goods: 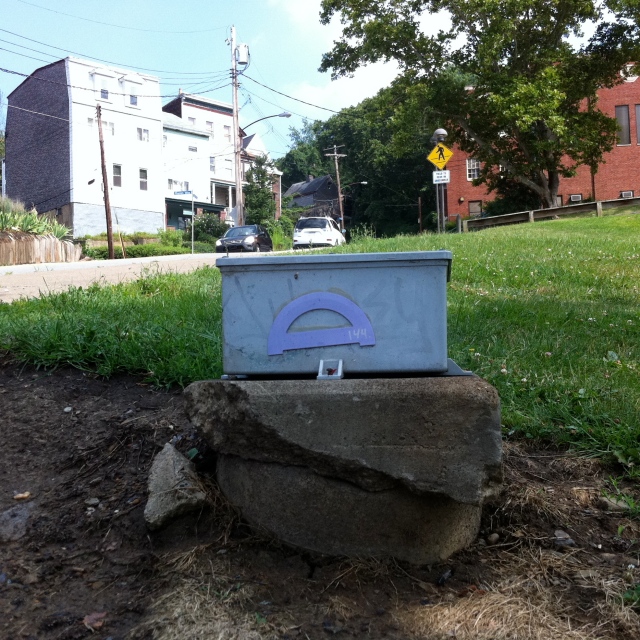 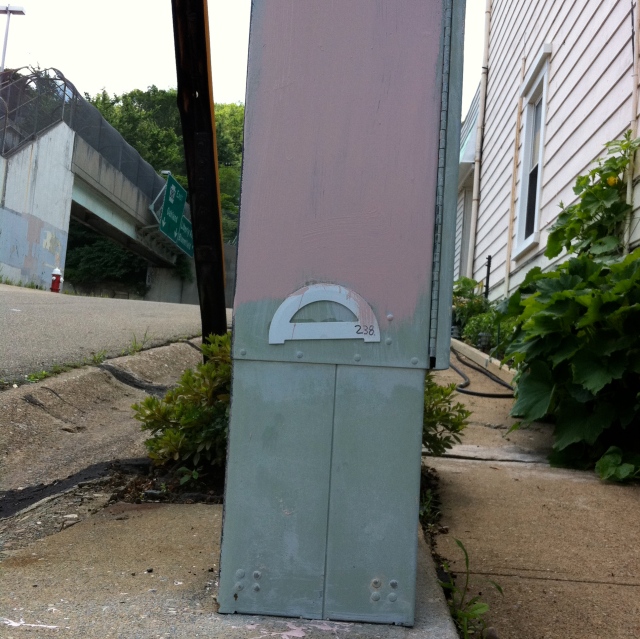 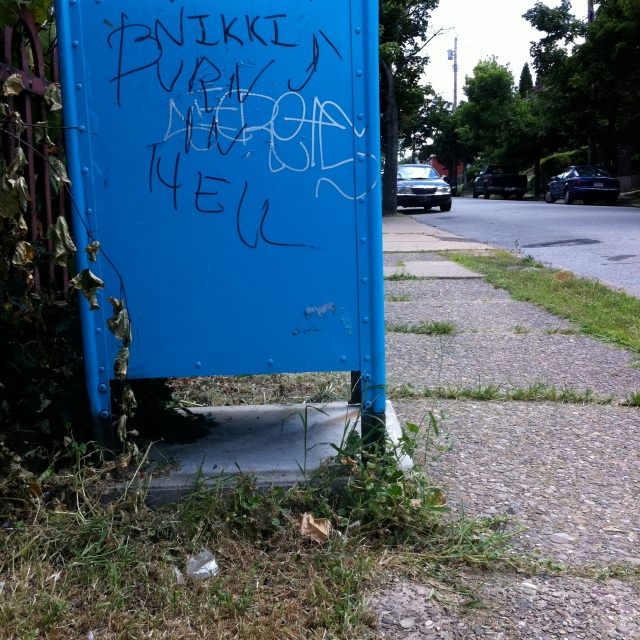 This entry was posted in Handmade Maps, The Protractor Map. Bookmark the permalink.